To the Writers of the Harry Potter Movies,

As the people responsible for the Harry Potter movies, you had a very important job. You had to take a universally loved book series and adapt it to the big screen. Your adaptation of Harry Potter would be seen by millions, and become, whether book fans liked it or not, the definitive version. I say this because with a series as long and detailed as Harry Potter, parts of the book will be forgotten by readers. The movies are shorter visual pieces of media, and because of this will be remembered clearly by audiences. During the adaptation process pieces inevitably end up slipping through the cracks. Characters change, and some get less screen time than others, but what you did to Ronald Weasley was unacceptable! Sure, he could be somewhat mean at times and made a few pretty poor choices, but who didn’t in high school? Overall Ron was kindhearted, a good friend, and an integral part of the story, and what did you turn him into? The butt of the joke. An easy comic relief sidekick who provided humor while only serving to make Harry and Hermione look better in comparison. 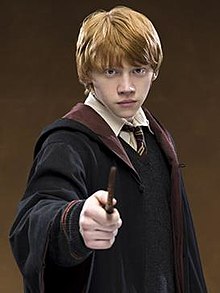 Let’s start with where it all began: Harry Potter and the Sorcerer’s Stone. Okay, I’ll admit you got him pretty well for most of this one…but we still see movie Ron’s issues begin, especially in the Devil’s Snare scene at the end of the film. In the books, each of the characters get a chance to shine: Harry staying calm under pressure, Hermione using her knowledge and magical ability, and Ron by reminding Hermione that, as a witch, she doesn’t need wood to start a fire. While Ron isn’t the most helpful of the three, he is a whole lot worse in the movie. In the movie, Ron doesn’t help Hermione; he instead panics and screams, only to be saved by Hermione and used for a joke. 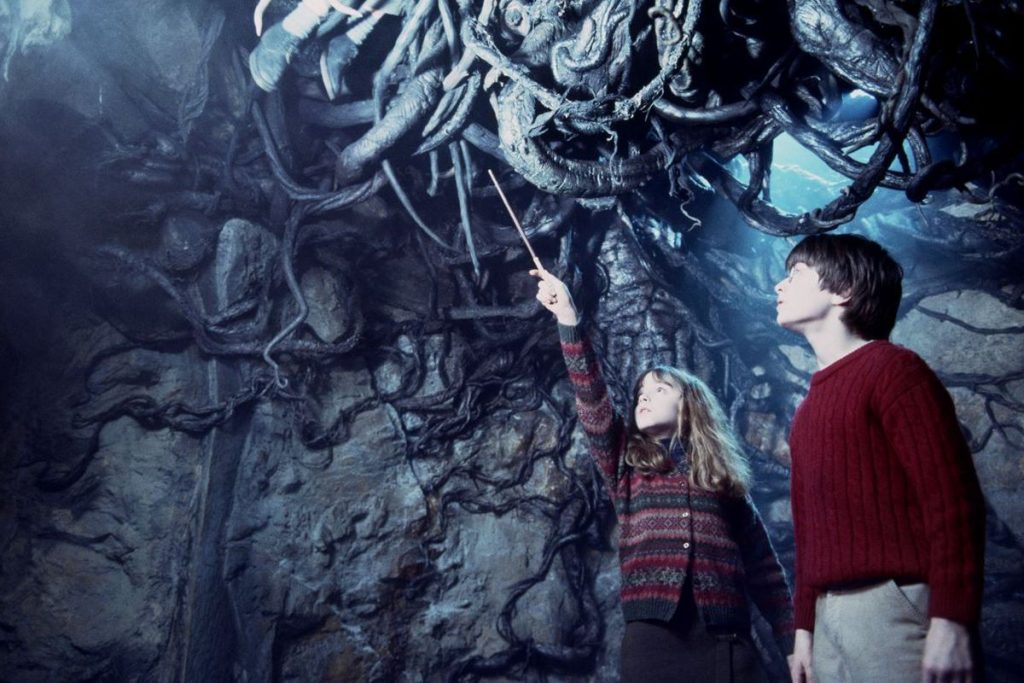 In the Chamber of Secrets, we see Ron used in much the same way. The worst scene here is when Malfoy calls Hermione a “mudblood.” Ron still reacts appropriately, trying to curse Malfoy, but it is Hermione who ends up explaining what a “mudblood” is to Harry. This is a problem because Ron’s innate knowledge of the magical world is one of the most unique things he has to offer. Of the trio he is the only one who has grown up in this world, and therefore has the greatest working knowledge of details that wouldn’t come up in their schooling. By giving this role to Hermione, you took away one of the few things Ron alone is capable of. The immediate result of taking this away from Ron is that it entirely changes Ron’s role in this scene. Ron was supposed to be standing up for his friend in the face of racism, and then comforting her after the fact. In your adaptation, he is used for laughs, while Harry and Hagrid comfort Hermione and become the heroes of the scene. 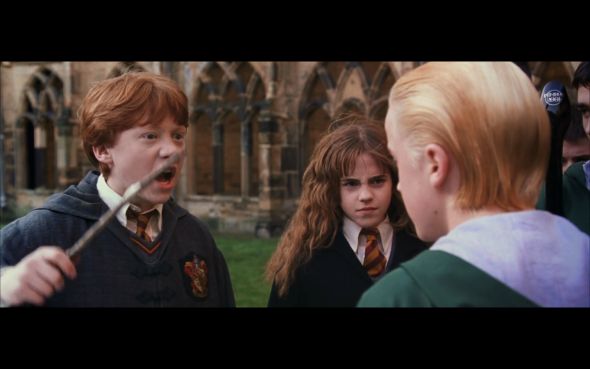 Your use of Ron as comedic relief is bad, but it isn’t even close to the worst thing you did to him: you portrayed Ron as cowardly, mean, and a bad friend. First off, Ron’s not a coward. In the Chamber of Secrets Ron and Harry have to go into the Forbidden Forest to find Aragog. Ron is deathly afraid of spiders in the books, and you were right to show this. The way in which you went about portraying his fear however was entirely inaccurate. Ron doesn’t freeze up and whine in the books, he pushes onwards. When they see the initial group of spiders Harry asks Ron “What d’you reckon?” to which Ron responds: “We’ve come this far.” He is afraid, but it doesn’t cause him to become an entirely useless crying mess. He keeps going, even saving Fang before getting into their escape car himself.

The key part of Ron’s character—and I think what confused you—is that he’s not just naturally brave. He’s not like Harry who will just charge into danger for the hell of it; he needs a reason. Ron’s reason is his friends. He consistently goes into dangerous situations because he knows that his friends are depending on him. It’s why he makes his sacrifice on the chess board in the Sorcerer’s Stone. It’s why he pushes on into the spider-infested Forbidden Forest. It’s why he puts himself between Harry and Sirius Black (a moment you gave to Hermione by the way), and it’s this intense loyalty and devotion to his friends that you failed to understand. I truly believe your biggest mistake was making Ron Weasley a bad friend, because everything he does is for his friends. There is one scene that shows what I mean more than any other: in the Prisoner of Azkaban, when Snape takes over Lupin’s class. Snape asks the class a question, and, after Snape refuses to call on her, Hermione shouts out the answer. Snape takes away five points from Gryffindor, and calls Hermione an “insufferable know-it-all.” This is when Ron comes in. In the books, he stands up for Hermione and says to Snape, “You asked us a question and she knows the answer! Why ask if you don’t want to be told?”—he says this knowing full well the trouble it will get him in because he cares about Hermione. She is his friend, and it is within Ron’s character to consistently stand up for his friends, even at great personal risk. And what does Ron do in the movies? He agrees with Snape, telling Hermione that “He’s got a point you know,” kicking his friend when she was down, which goes directly against his character.

Your changes to Ron wouldn’t be so devastating if the movies hadn’t become the primary representation of the character. Whether we like it or not, the movies are what people remember. Visual memory has been shown to be among the most effective kinds of memory, and on top of that, there is significantly less content in the movies than in the books. The audiobooks have a total runtime of nearly 128 hours, compared to the 20 hours of movies, so the movies are rewatched more than the books are reread. Because of this, the books are often forgotten, and the movies characterizations become set in stone.

Ron is one of my favorite characters in the books. He is funny, kind, and plays an important role in the story. He struggles with relatable problems, such as living up to your family, feeling less important than your friends, high school homework, and being truly terrible at dating. But despite his flaws, in the end, he was always there when his friends needed him, putting himself in danger all the way.  In a world of magic it is easy to see yourself in Ron, a fantastically average guy in a magical world, and I wish you would’ve captured who he truly was on the big screen.