I’ve been a fan of your Harry Potter series for years. I was always fascinated over the imagination that went into your plot development which unveiled fictional concepts to the outer world that we can only dream of. The magic that shapes the wizarding world so vastly different from the world of ordinary Muggles, and yet wizards don’t even have access to electricity, a technology that we’ve grown so accustomed to. Aside from the true fictional aspects of using a wand to cast combative attacks and assist with daily chores, what fascinates and confuses me the most about your series is the way in which you feature time travel. It’s a theoretical concept that is definitely possible to produce even today, but not at all in the way that you portray it. You would’ve been better off not even introducing time travel to the novels, since it completely shatters further plot development towards the end of the series, and wasn’t even necessary to bring it up.

Now before I raise my own questions, it’s necessary to understand what is realistically achievable with time travel as a whole. Einstein first addresses the nuances of time travel through his theory of special relativity, which essentially claims that time is not an absolute. Time dilation has provided immense amounts of evidence that supports this theory. The simplest way for you to visualize what time dilation is would be through an experiment with two clocks. One clock is moving at a fast speed while the other is stationary. If they are both ticking at the exact time before the experiment is conducted, the clock that moved throughout the experiment would be “slower” than the clock that sat still. The speed at which you are moving would also affect your age, which is why through heavily researched speculation, it is only possible to travel through time, and not back in time. In order to personally manipulate the laws of time to travel backwards into the past, it would simply be impossible. 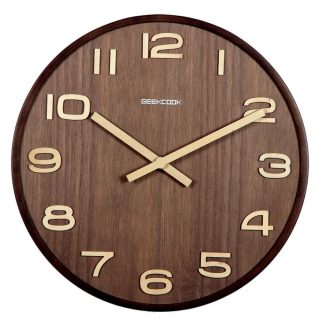 I probably already sound like I care too much about the plot-line of a fictional novel, but that’s because I haven’t yet addressed the problems with the plot itself. Time travel was in The Prisoner of Azkaban when Hermione used a time turner to overload on her class schedule, booking multiple classes during the same time slot. This led to Harry and Ron being confused throughout the entire year, wondering why she would randomly disappear and turn up almost out of thin air, and how she was even managing to attend all of these classes she had signed up for. They seemed to believe she just suffered through completing all of her homework and missed material when she was in the common room, but it was still peculiar. Why couldn’t Hermione use the Time Turner to complete all of her homework? Why was she even allowed to possess it in the first place? I find it plausible she kept it such a secret to avoid Harry and Ron potentially wanting to play around with it, but I think that the fact she was able to use it for overloading her brain with information and possessing such a significant responsibility as a young teenager to be extremely irrational. 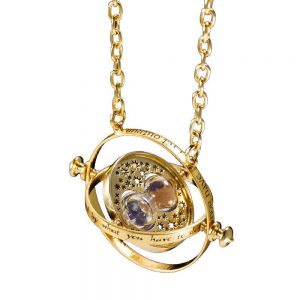 Establishing the Time Turner as a device Hermione used so often was imperative when it was necessary to save Sirius. Throughout Harry and Hermione’s night after they travel back in time, they achieve several feats that would have seemed implausible just hours before. They save Buckbeack from being slaughtered and somehow avoid further investigation for his escape, they save themselves and Ron from Lupin after he transforms into a werewolf, Harry then saves himself, Hermione, and Sirius from hundreds of dementors, and lastly lockpick Sirius’s cell, allowing him to escape without tremendous interrogation or any witnesses. Despite all odds of this plan carrying out successfully, the most conflicting issues within it is how their future selves were able to save their past selves in the first place.

Countless literary works of fiction have addressed all different types of time travel, but the one that is stagnant with your interpretation is the predestination paradox. As the name implies, the events that occurred that night were already predestined. When they hear the swing of an axe believing that was Buckbeak’s killing blow, it was the rage of the commissioner assigned to kill Buckbeak all along. It was always Harry that cast the powerful patronus to send the dementors away. But most importantly, if Harry and Hermione did not use the time-turner in the hospital wing right before midnight, Dumbledore would have unlocked the door and they would meet their future selves who just finished rescuing Sirius. While you effectively created a time loop in your novel, there is great room for error in the consistency of these events.

You strongly suggest the rule that it is imperative that no one sees Harry and Hermione once they have traveled back in time. While this seems to imply a predestined sequence of events that means they must accomplish everything without being seen, this is clearly broken when Harry casts his patronus across the lake. With that instruction not clear based on the reality of the situation, how would either Harry or Hermione know what they must absolutely do in order to save Sirius, whether or not it warrants being seen? They could have decided then to save Sirius to avoid the process of lock-picking his cell, as well as the enhanced risk of being caught during that process. At that point, however, it is still unclear to me if the sequence of their actions are always predestined when there are so many decisions to be made.

Lastly, I find it unfathomably annoying the way you chose to eradicate time turners from the plot entirely. After spending this entire book setting up subtle hints of Hermione’s secrecy, as well as the “Woah!” factor in them changing the events of the past, they are never again tampered with. The protagonists don’t ever again acknowledge their existence, aside from them being destroyed in the battle in the Ministry of Magic during Order of the Phoenix. I’m not sure how you really stand, but my greatest guess is that you did not want to confuse further plot development with the time turners. Whether or not this is true, why don’t the death eaters at least attempt to find and obtain the time turners if they had the ability to break into the Ministry of Magic? I find it more plausible that while the protagonist’s would be concerned for altering time, the death eaters nor Voldemort would really care for their actions. Even if a single time turner were obtained and used by a death eater to go back and catch the prophecy from Harry before it shatters on the ground, it would make for an even more shocking and thrilling story. But you didn’t want to take risks, and that’s your downfall for introducing time turners in the first place.

Overall, I’d still say I liked reading your series. I’d read it again if I had the time, though I’d probably think of even more criticism now than I did as a child. However, never take anyone’s criticism too personally. Whether or not you truly intended to convey certain things throughout your novel’s, the critique is subjective based off of your own imagination, and its attention is only because of how famous it became. I hope you do read my letter and acknowledge my critique, but if you don’t and throw it out, then I’ll still think I’m right.