I’ve got a bone to pick with you. I’m can’t seem to figure out why you think it is a good idea to sort students into houses. I don’t want to come on to strong but I want to express my thoughts with you about sorting students. I feel that putting students in houses is detrimental for young minds. I have recently read studies and tests that show how powerful secluding children is, and that placing them with the same group of kids for a substantial period of time, will create mistrust and hatred between rival groups.  If you changed up the groups every year that would be much better so that the hostility between groups doesn’t grow. I feel it is necessary to convey to you that putting children into houses causes unhealthy prejudice, close mindedness, and conformity.

I don’t mean to attack you but I would like to give you some examples of how what you are doing causes closed-mindedness and discrimination.  Sorting into Houses causes the children to think in terms of stereotypes.  It makes the children think that they themselves must fit into certain stereotypes as well as that all the kids in the other houses must fit into these stereotypes.  The majority of Slytherins are purebloods and believe that all muggle borns are scum and have “dirty blood”. They need to meet more Muggle Borns to see that this is not true and dismiss this stereotype. People not from Gryffindor migh think that all Gryffindors are like the frat boys of our world, stupid risk takers. However, looking deeper into the Gryffindor house, the main characters in the Gryffindor don’t seem to fit the Gryffindor stereotype. Hermione is constantly reading and is the brains of the operation, Ron is loyal, and Neville Longbottom had self esteem issues and was teased. Even Hagrid who is a grown adult thinks that all Slytherins turn bad. This shows how you poison minds with an “us vs. them” mentality.

Luna is another good example of a necessary inter-house friendship.  In order to save the world, the Hogwarts Houses needed to work together; these relationships, should have been fostered, but instead, these inter-house friendships were difficult and could easily, not happened.  Luna finally made it into Harry’s friend group because of an organization that went behind Hogwarts’ back. If it wasn’t for Dumbledor’s army Harry and the gang wouldn’t have made friends with Luna or Cho who are characters from different houses. I hate to say it but I think Umbridge was more help than you! If they hadn’t befriended Luna, she wouldn’t have been at Malfoy Manor to free them using the nail.  Without their friendship with Luna across Houses, they would not have been able to find all the horcruxes and destroy Voldemort. 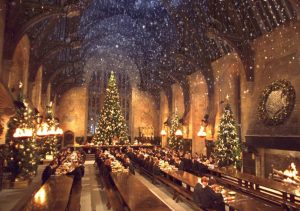 It’s true that when we hang around a certain group for a substantial amount of time we gain similar thinking and behaviors. So I have to ask, why do we put all of the racists in one house? If we take a closer look at Harry Potter and the Chamber of Secrets, we discover that the Slytherin common room password is pure-blood. The common room is shared by all of the Slytherins so why would they choose something so racist? This is clearly your fault. I don’t think it’s a coincidence that most of the Slytherins are racist. I think they conformed to racist views by being together constantly over time.We should be exposing the Slytherins to more muggle borns so that they see that they are not as different from them as they think, and are not worthy of being discriminated. Since the password pure-blood is a password that all of the Sylerthins use this proves how they develop like mindedness from just being around the same people. I mean how would you feel if you were one of the four muggle borns in the Slytherin house knowing full well that they are prejudiced against you before even getting to know you? Pretty lousy right?

There are several ways in wich we can fix these problems.  One would be mixed houses on quidditch teams. Lots of sports people always say that they make powerful bonds with people on their team. Also, sitting with people from different houses in the great hall would open up students’ minds to different ways of thinking when having a meal and conversing at the same time. Even sitting next to someone in a class that is from a different house is a great way to have students bond. Plus if students have to work with other people from different houses on things such as class projects, or homework assignments, they can learn new ways of thinking by collaborating ideas. If a Gryfffindor, for instance, is working with another Gryffindor on an assignment they might fight over every little thing as opposed to a Gryffindor and a Hufflepuff working together might go a lot smoother.

A fun idea that might help students bond as one unit would be a mixed house ball. Every student would need to have a date from a different house. This would be fun because students get to hangout and meet new people without thinking of doing certain things to gain house points. Also to further trust between houses we should not password protect the dorm rooms. Yes they should be able to lock it at night maybe if they’re nervous that the Slytherins will trash the dorm or pull pranks on them but if people are allowed to hangout with each other in a place that is not devoted to academics like a Common Room or library they can really start to foster friendships. Or even a support club called “Victims of Voldemort” would allow students to be vulnerable with other students from other houses and allow them to share horrific experiences and heal with more people that just the ones that are in their house.

Also why doesn’t hogwarts have an art, theatre, or dance program? These programs would allow creative kids to meet people doing what they love. I realize that these programs don’t sound magical but being in any type of show creates such a long lasting bond with people who come from all different walks of life. They don’t even need to perform muggle written works. They could do the story of how Hogwarts came to be in a one act play. They have a frog choir so why not have a play or musical? How cool would it be to see real magic in a musical?

I hope that I’ve enlightened you about the many faults of sorting. I definitely think it is a new and inventive way of doing things but I don’t think it’s what’s best for young students. We are stronger together not divided. The sorting hat reinforces the “us vs. them” mindset which would be better if eliminated. You cause a form of racism, close mindedness and bad conformity. I hope you see why we shouldn’t keep the students apart and think about this before next year at Hogwarts. 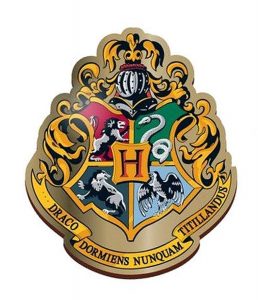