I take a lot of issue with the way Hogwarts is structured. I’m fully aware that you were not the one who made the school that way in the first place, but I just thought you should be made aware of some of my concerns.

Students being sorted into Houses is the crux of the reason as to why I am writing this letter. Eleven-year-old children are put into boxes, being told they should act a certain way because a hat told them to do so.

The sorting of students into Houses sets up competition, and we see that in a variety of places such as the Triwizard Tournament, the House Cup, Quidditch matches, and even in the classroom. Competition doesn’t necessarily have to encompass the entire institution though, right? It could solely be dedicated to the Quidditch Tournament and the Triwizard Cup and potentially some other sports tournaments such as dueling instead of having students get caught up in the House Tournament, pitting friends against each other.

Competition is great and all, but the House set-up only gives rise to competition and in-group/out-group conflict. It further divides the students already put in boxes into the winners and the losers, the skilled and the un-skilled, and finally, the popular and the un-popular. This division is quite evident in the dominance of specific Quidditch teams—Gryffindor’s and Slytherin’s—as well as the dominance of the more intelligent students in the classroom at Hogwarts. This culture of separation within the initial structure creates a hyper-competitive aspect that is not needed at an educational institution.

The less intelligent kids across the Houses most likely—no, definitely—feel that as hard as they try, they will never come close to becoming as smart as Hermione or as talented at Quidditch as Harry or even as popular and wealthy as Malfoy. Solely focusing on surface-level attributes such as winning or being smarter than the next young wizard are dangerous to the well-being and development of the students at Hogwarts. Emphasizing winning and performance over fair play, skill acquisition, and sportsmanship is developmentally detrimental because it makes people feel as though they don’t matter.

The whole purpose of an educational institution is to foster a child’s overall welfare, intellectually and socially, letting each student grow into their own. Yet, at the end of the day, in the students’ eyes, it comes down to who can gain the most points for their House in order to win the House Cup at ld disposable pens platinum. 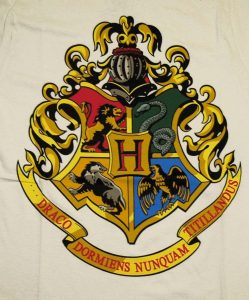 And the staff don’t even attempt to hide their excitement when they find their “golden student”. We see this when Professor McGonagall figures out that Harry is an excellent flyer and she immediately makes him Seeker of the Gryffindor Quidditch team, bending a Hogwarts rule—that a first year is not allowed to be on the House Quidditch team—solely because she found a highly valuable student. Harry is now seen as part of the in-group because of his talents. More so, Hermione is also part of the in-group for she is given a Time Turner by Professor McGonagall because she feels as though Hermione can handle an ample course load. Hermione is given special privileges because she is seen as valuable.

It is completely unfair to everyone to give students special privileges over others. The best way to eliminate this corruption along with all the other psychologically detrimental aspects of the school is to remove the idea of Houses. This way, every student will be put on the same plain. No one is put into a specific box because a hat told them to do so.

Exploration of identity should be investigated by the student and only them. There should be no interfering structure that places emphasis on competition and furthers division of students that would allow for the creation of in-group/out-group conflict.

Boxes confine children to the boundaries of the mold given by their House. It takes away from the whole experience of finding yourself and discovering who you are. A hat shouldn’t be the one deciding that.

I propose the removal of the House structure because it does not give the student freedom to explore and in its place, implement a design emphasizing sportsmanship and fair play. These two characteristics are key in the development of a child because sportsmanship is all about fair and generous treatment of others. Instead of highlighting certain traits such as bravery or ambition, a more specific focus on polite, moral, and fair behavior would be more beneficial. It would teach students to be kinder to one another as well as teach them a more constructive outlook on life. I hope you consider my ideas.

It’s possible to ask how it works to get your paper written through a professional company. They offer academic help for many types of term paper writer papers. They can provide high-quality writing written by experienced writers with degrees in a variety of areas. These companies also offer various paper kinds, such as routine writing assignments, dedicated tasks, presentations Word problems, presentations, as well as multiple choice questions. There is more time for you for other tasks such as your family or work.